As a Pediatric Physical Therapist and a mother of an athletic teenage boy who participates in extreme sports, including football and rodeo, the thought of long term neurological impairments as a result of repetitive injuries that are possible during contact sports continues to be alarming and thought-provoking. Research has shown studies that suggest professional football players are 4 times more likely to die from the Alzheimer’s disease and ALS (Lou Gehrig’s disease) than the general population. Studies also suggest that there is evidence linking football to neurodegenerative disease.

As a youth athlete, and voted”most athletic” in high school, football was a huge part of our small town tradition. I remember attending every home high school football game. We would be super excited about those Friday night lights when it seemed that everyone in town had come to the football field to cheer on the Indians. My dad was a star player on his team and have vivid memories of the physical challenges of the sport as well as the love and dedication he developed for the sport. As a mom, it became evident that my son wanted to play football early on and no, of course not the flag football type, the all out, padded up, helmet wearing type. As a physical therapist, the suggestion of neurological impairment, and the thought of football being unsafe to allow our son to play, certainly crossed our minds. There is strong evidence (increasing within the last few years) that the repetitive trauma experienced in football is linked to depression, memory loss, suicide, and neurodegenerative disease. I have had many conversations with families and caregivers related to the topic over the past several years. In our home, we encourage all sports and interests in the early years and found ourselves at the initial sign ups to participate in local youth football leagues, where – at least in our community – children as young as 8 years old practice up to 6 hours a week in full pads. Then came junior high try outs, whereby our son became the starting quarterback and middle line backer. Many have argued that the studies recently published in the past several years applies only to professional football players, elite athletes who take much harder hits for many more years than your average youth football player.That may be true in this case and, of course, research and statistics are controversial, to say the least. Final decisions should not be based on one particular study, and – at the end of the day – statistics are good at telling you what will happen to a group of 100 people, but not necessarily good at posting the outcomes of the injured individual. Boston University’s Center for the Study of Traumatic Encephalopathy has a conclusive list of published studies on the effects of concussion and repetitive head trauma on young athletes. They are just one of the research teams finding that in football players – particularly those in “speed positions” who experience the hardest hits and are at greatest risk for concussions and repetitive head injuries – brain structure and function are altered. It is hard to ignore heart-wrenching stories of boys who have died because their brains were damaged from the repetitive head trauma experienced in football. And consensus is growing among the medical community that football is bad for kids.

Many supporters of youth football concede that the risks of neurological damage are increased, but argue that they are still small. They say that kids can get hurt doing a lot of things, that their child enjoys the sport. Arguably, these supporters weigh out the benefits of football – the exercise and physical activity, teaching organized sport leadership and discipline to excel as justifiable means of playing. I tend to agree with these decisions and these ideas are not necessarily wrong. Parenting decisions are based on weighing benefits and risks and making informed – and often difficult – decisions. But I would argue that kids can get all those things – exercise, team building, discipline – from other activities that don’t carry the risk of head injury as much as football. The competition and ultimate prize of winning the game appears at times that it may have greater emphasis than the safety of the child. Watching the game, it is important to remind your child, “it is better to be the hammer and not the nail” when playing football. As a parent, I will not pass judgment on those who choose youth football, but as a pediatric therapist, I do think it is important to become educated and thoughtfully consider the risks and benefits associated with the sport. Thinking “I am strong and it won’t ever happen to me” attitude may not be the best approach. It is strongly advised to “sideline” the memories and emotions we associate with the game and take a real look at the science and evidence related to the possibility of long term neurological complications. Advanced studies are more readily available than ever before and we are fortunate at the opportunity to obtain the information that allows us to make better decisions for our children. And this year, as a sophomore in high school, it was way ok with us when our son chose not to play football. Having said that, rodeo injury related accidents may be up for grabs in future blogs. 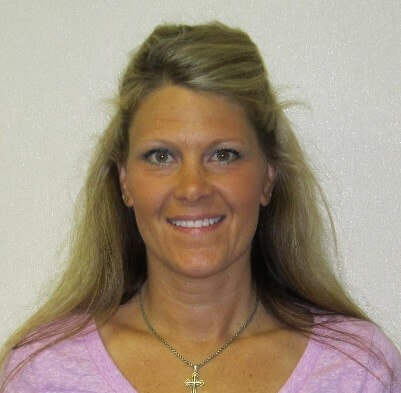