What Are the Differences Between Alzheimer's and Dementia? 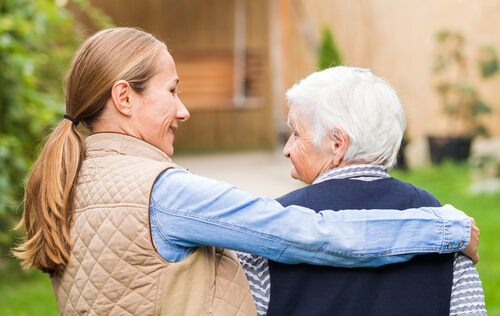 Many are often confused or unclear about the distinction between Alzheimer’s disease and dementia. This is understandable, given how inextricably linked the two frequently are. The difference is that dementia is not actually a disease, but rather a group of symptoms that affect memory, thinking, and social abilities to an extent that interferes with one’s daily functioning. As such, memory loss alone does not mean a person is suffering from dementia.

What is Alzheimer’s Disease?

Alzheimer’s disease is not the only cause of dementia, which is why the two should not be used interchangeably. Other causes of dementia include Huntington’s disease, Parkinson’s disease, and Creutzfeldt-Jakob disease. Dementia is usually associated with the cognitive decline of aging. This umbrella term is used to refer to a variety of symptoms, including issues with memory, inability to focus, trouble with reasoning and judgment, and impaired vision.

How Else Are They Different?

Alzheimer’s disease is a degenerative condition that is irreversible and incurable at this time. Some forms of dementia, however, are temporary, though this is typically only true for conditions caused by a vitamin deficiency or drug interaction. For progressive forms of dementia, the same medications that are used for Alzheimer’s disease are often used, though non-drug treatments are also effective in alleviating this condition.

Dementia is caused by various diseases, vitamin deficiencies, or drug interactions, whereas Alzheimer’s disease is caused by brain cell death, which occurs over a course of time. Risk factors include:

For those who develop an early onset of Alzheimer’s disease, genetics are often the cause, usually affecting those between the ages of 30 and 60. Individuals over the age of 85 are the most susceptible to this disease, though even individuals under the age of 30 can develop it. This rare form of young-onset is rare and accounts for under 5% of all Alzheimer’s cases. For young individuals, doctors usually look into other dementia causes first, before delivering an Alzheimer’s diagnosis.

At Home Healthcare offers personal services to those living in their homes, or in any other setting that is suitable to their needs, including hospitals, retirement communities, skilled nursing facilities, assisted living centers and more. Our services may be covered by long-term care insurance or privately paid by individuals, family, or trust funds.

Our staff has been proven to deliver the highest quality of service and go through rigorous background and reference checks to ensure their skill level and experience meet our standards. Additionally, through the use of our proprietary “Client Matching” system, we are able to choose the best fit for our client’s specific needs and wants.

For individuals suffering from dementia and Alzheimer’s disease, we offer a variety of services, including companionship, 24 hour care, stimulating activities, and monitored home safety. We also provide personal care services such as feeding, bathing and dressing, exercise, assistance with medications, incontinence, and transferring.